Dimitry Orlov: Waiting for the Russians

When the Ukraine's Azov Battalion (Swastika-tattooed, drug-addled Nazi berserkers) was finally forced off the streets of Mariupol, a Russian town of half a million on the shores of the Azov Sea, and into the cavernous basements of the metallurgical plant, the residents, who had been forced to hide from the machine gun fire and the shelling in the basements of their own apartment buildings, were at first reluctant to leave their shelters. Then some of them, listening to the noise outside, heard loud shouts of "Allahu akbar!" ("Glory to God"). They breathed a deep sigh of relief—"the Russians are finally here!"—and flooded out onto the streets to greet their Russian liberators, who were, in this case, Chechen special forces.
Para seguir leyendo...
Publicado por Armando Fernández Steinko en 19:59 No hay comentarios:

Dimtry Orlov: Nobody Runs the World

Who runs the world? Don't answer; I know. It's the Illuminati, the Bilderbergers, the Trilateral Commission, the Anglo-Zionists, the Deep State, the Reptiloids, and let's not forget Santa Klaus Schwab and his merry band of billionaire elves. Does that about cover it, or do we need to add more? No? Well, let's leave it at that, then. It probably feels good to be so certain about who runs the world. I am not so certain, so I wouldn't know. 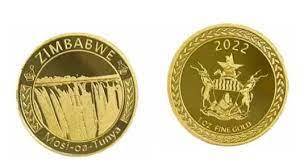 Dreams of a perpetual motion monetary machine are being dashed, to be replaced by pain and disappointment. The US went under heavy monetary sedation in 2020 and hasn't regained consciousness yet. It attempted to create an illusion of a perpetuum mobile: a state of affairs where it is possible to chaotically flood the markets with unlimited liquidity without suffering any consequences, all the while enjoying a fleeting sense of immortality. The markets are bubbling away, the budget deficit is unbounded, there is no inflation and all is sweetness and light!

It is often possible to diagnose people's problems by taking note of what they repeatedly, compulsively bring up in conversation. These tend to be objects of their ardent desire that happen to be woefully lacking in their lives.
Para seguir leyendo...
Publicado por Armando Fernández Steinko en 9:40 No hay comentarios:

It's been 14 years since I wrote the article "The Five Stages of Collapse" which I subsequently turned into a book, which, in turn, was published in a dozen languages. The idea was generally well received. It was a way of systematizing what to most minds was and is an unpredictable and chaotic process. It was also an idealization (which is engineering-speak for a gross oversimplification made for the sake of explaining a concept or making a quick, although inaccurate, calculation).

I based my five stages of collapse (financial, commercial, political, social and cultural) on Elizabeth Kübler-Ross's five stages of the grieving process (denial, anger, bargaining, depression and acceptance) but the similarity is superficial: yes, there are five of them and yes, they are sad things; count them and weep. But then it is also like the now outdated waterfall model of software development (gather requirements, write design, code, test/debug, launch)—and, again, weep, because by the time you are done the requirements most definitely will have changed.

Lately Dmitry Anatolievich Medvedev, elder statesman of Russian politicum, has taken to issuing short encyclicals, a sort of urbi et orbi, that are really quite interesting because they let us look into the mindset currently shared by a large majority of Russians starting at the highest levels. Since this mindset clashes with the dominant narrative perforce endlessly repeated by all public figures in the West, it is deemed unacceptable and is steadfastly ignored. Is that a safe thing to do? Somehow I doubt it! Those who insist on operating with incomplete and faulty information make bad decisions and create bad outcomes for themselves. But it gets worse: while wallowing in the putrid bath of predicaments of their own making, they will discover that they have earned the Russians' hate and that the Russians have been planning to take revenge on them.
Medvedev's words are like a subzero arctic gale blowing toward you from the boundless frozen tundra of Russian thought. While playing tag team with Putin—trading places as president and head of government—Medvedev positioned himself as a liberal pro-Westerner. We will never know how much of that was real (his opinions may have evolved over time as he was presented with new information) and how much of it was feigned (his task was to portray Russia as weak, helpless and dependent all the while it was furiously rebuilding and rearming itself). But this much we know for certain: he is not, by any stretch of the imagination, a pro-Western liberal any more.
His latest encyclical is presented below. The translation is my own.
Para seguir leyendo...
Publicado por Armando Fernández Steinko en 17:41 No hay comentarios:

The latest fake Western narrative, emanating from some secretive tiny brain located, most likely, somewhere in suburban Virginia, is that Putin is responsible for looming world hunger because of the war in the Ukraine. "Putin Blocks Ukraine Grain Exports! World Hunger Looms!" screams the expertly concocted fake newspaper headline. A very simple analysis of the available numbers is enough to prove that this narrative is a fake.
Para seguir leyendo...
Publicado por Armando Fernández Steinko en 8:32 No hay comentarios: